Cartagena is a Spanish city and a major naval station located in the Region of Murcia, by the Mediterranean coast, in south-eastern Spain.

Cartagena has been inhabited for over two millennia, being founded around 227 BC by the Carthaginian Hasdrubal the Fair as Qart Hadasht (Phoenician, meaning ‘New Town’) the same name as the original city of Carthage. The city had its heyday during the Roman Empire, when it was known as Carthago Nova (the New Carthage) and Carthago Spartaria, capital of the province of Carthaginensis. It was one of the important cities during the Umayyad invasion of Hispania, under its Arabic name of Qartayannat al-Halfa.

The confluence of civilizations as well as its strategic harbour, together with the rise of the local mining industry is manifested by a unique artistic heritage, with a number of landmarks such as the Roman Theatre, the second largest of the Iberian Peninsula after the one in Mérida, an abundance of Phoenician, Roman, Byzantine and Moorish remains, and a plethora of Art Nouveau buildings, a result of the bourgeoisie from the early 20th century. Cartagena is now established as a major cruise ship destination in the Mediterranean and an emerging cultural focus.

Thanks to its strategic position on the Mediterranean sea, Cartagena has been inhabited by many different cultures, which have left their mark on its rich cultural heritage during a glorious and turbulent history. 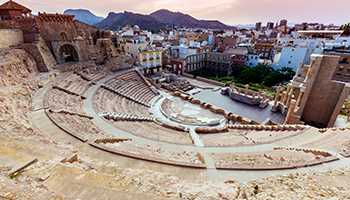 Among its numerous Roman remains, the recently restored Roman theatre of Carthago Nova is prominent and is one of the city’s landmarks. Work on it started at the end of the 2nd century BC. The Roman Theater Museum was recently officially inaugurated. In Roman Republican Times, the mines near Cartagena provided silver and lead for all the Roman Empire. 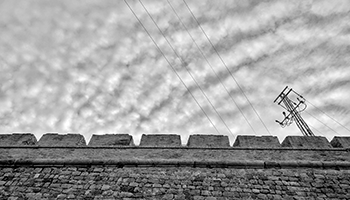 The baroque or neo-classical buildings demonstrate the military importance of Cartagena. These include the Charles III Rampart, the Castillo de San Julián, the Arsenal, the Midshipmen’s Barracks (academy and naval barracks), the Naval Headquarter Palace (built in 1740 and subsequently rebuilt) and the Artillery Headquarters, which also houses the Military Museum. 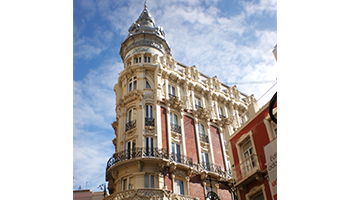 Cartagena is also home to numerous Art Nouveau buildings from the early 20th century, when a bourgeoisie settled in the city due to the growth of the local mining industry. These buildings include the City Hall, the Gran Hotel, the Casino (all of them among the city’s landmarks). 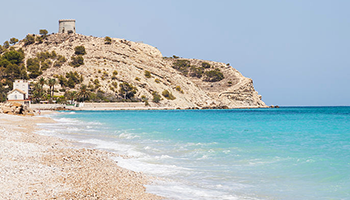 Although the city itself is only a port, within the city limits lies part of La Manga del Mar Menor  which encompasses the Mar Menor and part of the Murcian Mediterranean Coast. Cartagena holds the distinction of being the Spanish city with the most beaches certified “Q for Quality” by the ICTE (Instituto para la Calidad Turística Española).

I’m keen on history, for that reason I love Cartagena. This city has 2.000 years of history. Its blend of modernity and tradition makes Cartagena a unique city. UPCT has buildings with historic classrooms and places reserved to students. 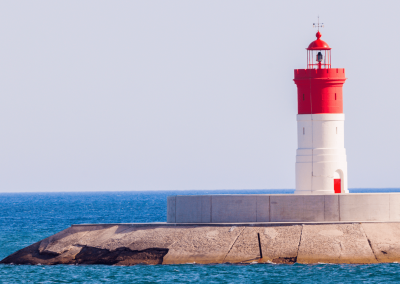 Lighthouse at the Port 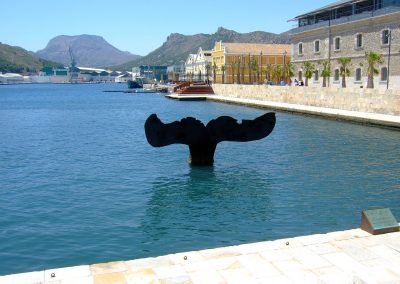 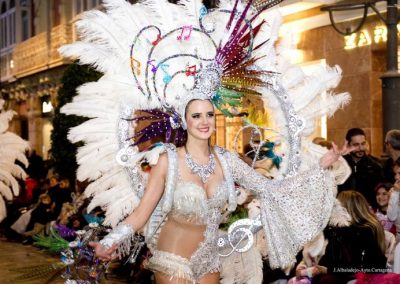 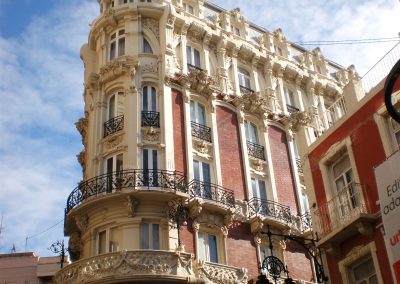 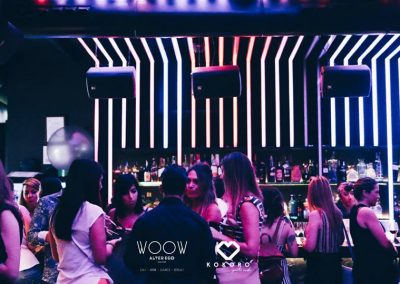 300 sunny days a year!
With its subtropical Mediterranean climate, Cartagena has an average
annual temperature of 20°C.

From the cove to the sandbank
Beach Cala Cortina is just a 15 min walk.
La Manga, a large sandbank with long, sandy beaches on both
sides, separates the Mediterranean Sea from an inshore salty lagoon
(Mar Menor). It is easy to reach, only 30 minutes away by bus.
Los Nietos, 40 min away by FEVE train.

Typical Spanish food
Eating in Spain involves eating with friends and/or family. “Ir de
tapas”: To hop from bar to bar, eating and drinking, finishing with an
asiático, the typical coffee of Cartagena.

And more importantly… festivals!
Many celebrations over the year:
“Semana Santa” – meaning Holy Week – is an important religious                                  festivity that commemorates Jesus Christ’s passion, and is celebrated
all over Spain in March and April. Cartagena’s Holy Week has been
declared of international touristic interest.
“Cartagena Carnival” is celebrated in February.
“Cartagineses y Romanos”, re-enacts the historical foundation of the
city in the ancient Roman era, and it’s celebrated in mid-September.